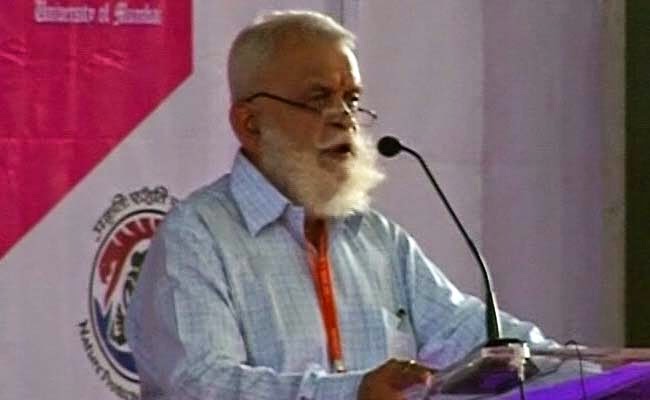 Mumbai: The subject regarding the Ancient Indian Aviation Technology has drawn the interest of Scientists and this time. This subject has been included to the  agenda of Major Science Confrence started here on Saturday, 3rd January 2015. Of course, it has drawn the ire of some scientists including a NASA Scientist by name Dr. Ram Prasad Gandhiraman also.

An invited plenary speaker at the Indian Science Congress in Mumbai today, Sunday January 2015, raised eyebrows after he delivered a 30 minute speech on ancient Indian aviation technology. Captain Anand Bodas said planes were invented in the Vedic Age by a sage. He also said they could travel from one planet to another, halt mid air and move in any direction thereafter.

He cited an ancient Indian treatise, the 'Vaimanika Prakaranam' as the source of the text and said that most of its principles have been forgotten with the passage of time.

The symposium on 'Ancient Sciences through Sanskrit' was a first in 102 years of the Indian Science Congress. Eight speakers were invited to deliver speeches on topics ranging from ancient Indian botany and nueroscience of yoga to ancient Indian aviation technology and ancient Indian surgery.

An online petition by a scientist at the NASA research centre, signed by over 200 other scientists had demanded that the scheduled lecture be cancelled as it mixes mythology with science and misleads people.
Referrring the online petition against the subject, Mr. Bodas said "I haven't heard of any online petition. I'll cross the bridge when I get there. Once I receive it, I'll give it thought".

Go through the report by Eric Mack regarding the contraversy:

The Wright brothers were a little late to the aviation game when you consider that pilots in ancient India were flying aircraft not only around the world, but from planet to planet as well. At least, that's one of the claims scheduled to be presented at the Indian Science Congress began Saturday, 3rd January 2015 at the University of Mumbai, in a session titled "Ancient Indian Aviation Technology."

The presenters of the session are apparently serious in their belief that ancient Indian planes were not only able to travel across the solar system, but also "could move left, right, as well as backwards, unlike modern planes which only fly forward," according to one of the speakers, Captain Anand J Bodas, quoted in the Mumbai Mirror. 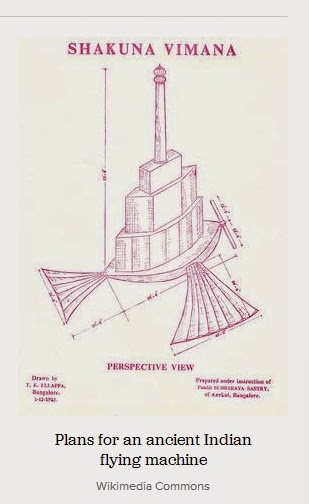 It's easy enough to fly around the Internet and find plenty of material from folks who believe we were visited by ancient astronauts or that humans had cracked flight much earlier than 1903. But the Indian Science Congress is not the type of gathering where you would normally find such topics on the agenda. Most of the other sessions are on topics more fitting of a university science setting, such as biodiversity, quantum chemistry or fusion.

The session is tucked into a symposium on "Ancient Sciences Through Sanskrit," with other talks on things like the "Neuroscience of Yoga" or "Scientific Principles of Ancient Indian Architecture and Civil Engineering."

NASA Scientist Objects: The idea of mixing in a serious talk on ancient Indian astronauts with presentations on more rigorous research and science policy issues at a major science conference has drawn the ire of Dr. Ram Prasad Gandhiraman, a NASA scientist at the agency's Ames research center in California.

Gandhiraman has collected hundreds of signatures from other scientists around the world on a petition demanding that the session be cancelled.

The petition also cites what Gandhiraman sees as increasing political attempts to mix mythology and science in India:

"We as scientific community should be seriously concerned about the infiltration of pseudo-science in science curricula with backing of influential political parties," the petition reads. "Giving a scientific platform for a pseudo-science talk is worse than a systematic attack that has been carried out by politically powerful pseudo-science propagandists in the recent past. If we scientists remain passive, we are betraying not only the science, but also our children."

The Sanskrit text that describes the ancient flying machines which Bodas cites, the Vaimanika Shastra, has itself been studied thoroughly by scientists who have concluded that very few of the craft it describes would likely be able to fly at all.

This leaves a few possible explanations: ancient Indian aviation truly is the stuff of mythology, or alternate ancient laws of physics allowed ancient astronauts to fly all over in shoddily conceived craft, by today's standards. Perhaps the answer lies in a study of this "bone" on Mars, left behind by an ancient Indian "pilot?"