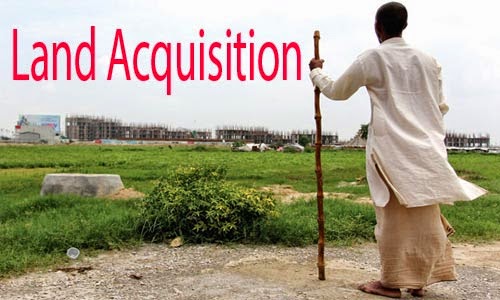 NEW DELHI: The government approved an ordinance to amend the Land Acquisition Act to remove barriers in a range of sectors like power, housing and defence to kick-start stalled projects on Monday 28th December 2014.

Finance minister Arun Jaitley said in press briefing that the five areas were clearance for land for defence purposes, rural infrastructure, affordable housing and housing projects for poor, industrial corridors, and infrastructure or social infrastructure projects, including those in public-private projects in which ownership of land will remain with the government.

While the compensation will remain high as per the act, and rehabilitation and resettlement will be followed, the procedure for acquiring land for these projects will be easier by omitting steps like social impact assessment, impact on food security, and consent of 80 per cent land owners, among other features of the act, said Jaitly.

Restrictions on buying land, under a law championed by the previous Congress-led UPA government, are among barriers holding up projects worth almost $300 billion. Several states had asked Prime Minister Narendra Modi to overhaul the law enacted in January.

As per the changes brought in the ordinance, multi-crop irrigated land can also be acquired for these purposes.

Justifying the government's decision to bring changes in the Act enacted during previous UPA rule, Jaitly said  "Such projects are vital to national security and defence of India including preparation for defence and defence production," 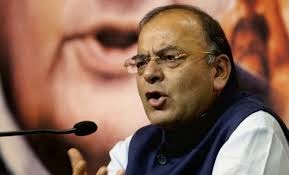 The earlier Act provided for consent of 70 per cent of land owners whose land is acquired for PPP projects.

Jaitley said there is a mandatory condition for provision of job for those whose land is acquired for industrial corridors.

They will also be exempt from holding a social impact study involving public hearings — procedures that industry executives say can drag out the acquisition process for years.

After Parliament's winter session ended in a logjam on December 23, as the opposition stalled business in Rajya Sabha, the government passed two ordinances to let foreign companies raise their stakes in insurance ventures and allow commercial mining of coal.
Posted by PARYAYA at 11:03 PM