AAP's Broom sweeps BJP and Congress in Heart of India

AAP's Broom sweeps BJP and Congress
in Heart of India 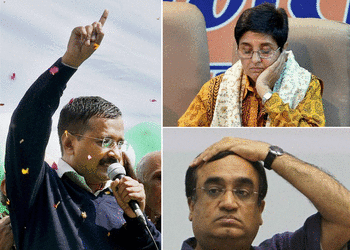 New Delhi:  In one of the most stunning comebacks in Indian political history, Arvind Kejriwal's Aam Aadmi Party (AAP) on Tuesday, 10th February 2015, scored a landslide victory in Delhi.

It delivered the BJP its first defeat since its historic Lok Sabha triumph and reduced the Congress, which ruled the capital for 15 years till 2013, to a virtual nonentity.

Aravind Kejriwal, supremo of AAP, got elected as leader of AAP Legislative Party and will sworn in as Chief Minister of Delhi on 15th February 2015, exactly after one year on which date he resigned to the post of Chief Mnister of Delhi.

Tens of thousands of jubilant AAP activists celebrated across the capital and in many other cities as the 27-month-old party grabbed a sensational 67 of the 70 seats in the Delhi assembly, leaving just three seats to the Bharatiya Janata Party (BJP) -- the highest victory margin for any party in Delhi so far.

Although Delhi accounts for only 70 of the 4,120 assembly seats in the country, the AAP's spectacular showing had its predictable fallout, with opposition parties and even BJP ally Shiv Sena taking potshots at Modi.

The win gave the AAP, India's youngest political outfit, 96 percent of seats in a legislature - another record - and a new lease of life after it was written off following its earlier turbulent 49-day stint in Delhi and the later humiliating rout in the 2014 Lok Sabha battle. 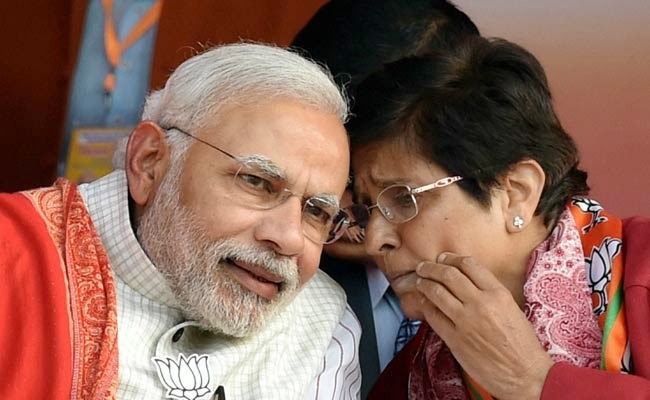 So stunning and sweeping was today's victory in what was supposed to be a tough election with Prime Minister Narendra Modi himself leading the BJP's charge that many AAP leaders and workers who had slogged for months broke into tears.

Kejriwal, 46, had teary eyes as AAP colleagues repeatedly hugged him and lifted him in the air, and congratulatory messages poured in from all over the country thick and fast. Outside his home, thousands kept chanting the party's catchy line: "Paanch Saal, Kejriwal!"

The Congress simply sank, with its chief campaigner Ajay Maken resigning as the party's general secretary after he finished third in his Sadar Bazar constituency. Most Congress candidates lost by huge margins, one by 95,000 votes.

Prime Minister Narendra Modi, called Aravind Kejriwal and assued him of full support from Centre for alraound development of Capital of India. He who shut his doors to Kejriwal during Lokasabha Election invited the latter for Chay pe Charcha (Discussion with Tea).
Posted by PARYAYA at 11:46 PM