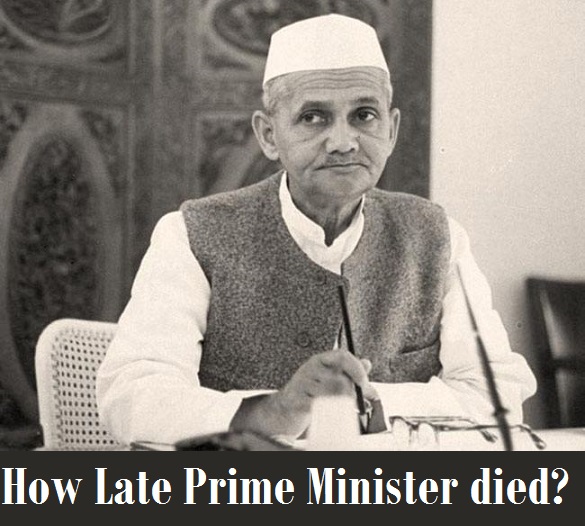 New Delhi: Late prime minister Lal Bahadur Shastri's son Anil Shastri on Saturday, 26th September 2015, said his father's death in Tashkent in 1966 - soon after signing a peace pact with Pakistan - could have been "unnatural" and demanded all government documents on the matter be made public.

Anil's younger brother Sunil Shastri also demanded an enquiry. "The moment my mother (Shastri's wife Lalita Devi) saw the body (after it was brought back to Delhi), she knew it was not a natural death.

"I don't think he was poisoned. There is some doubt about his death that keeps surfacing every now and then in the past five decades," he said.

Clarifying his statement made during his TV interview, he said: "I have said it could have been an unnatural death or even natural death. I don't have any evidence to say anything specifically."

He, however, reiterated his demand for a thorough probe into his father's death. "These doubts have been voiced not by the family, but even by other people from time to time. For putting to rest all the speculations about the death of the prime minister, soon after the signing of Tashkent agreement, the NDA government should declassify all the documents relating to Shastriji's death," Anil Shastri told.

In his interview to CNN-IBN, Shastri, a Congress leader, urged the prime minister to release the documents and said it would not be "a bad idea to have an inquiry into his death, question all remaining witnesses and clear all speculation and at least establish the negligence".

Shastri and Pakistani president, Field Marshal Ayub Khan, had been invited to Tashkent by then Soviet premier, Alexei Kosygin, for peace talks following the Indian-Pakistan War in 1965.

An agreement was signed on January 10, 1966, but Shastri was found dead a few hours later. His family indicated that marks and spots seen on his body were signs of foul play.

Recalling the scene, Anil Shastri said: "When his body came to the Palam airport, we found that the body had turned blue and there were white spots on his temple."

He termed it "unbelievable" that the prime minister's room in the capital of then Soviet Uzbekistan had "no call bell, no telephone, no caretaker in his room and no first aid. He had to walk up to the door himself" and alleged that the death was due to the Indian embassy's fault, and it was the "height of negligence".

"His death was badly handled by the Indian government. It hurts me to a great extent," he said.

"... some close associates feel that suspicion revolves around an Indian hand or a foreign power," he said.

Anil Shastri claimed that his father had come to know about a scam involving a shipping tycoon Dharam Teja, and citing an article by eminent journalist Khushwant Singh, claimed Teja was in Tashkent at the time of his father's death.

He also claimed that his father was likely to take action and order an inquiry against Teja after his return to India.

Anil Shastri also raised the sudden death of Dr.R.N. Chugh, the personal physician accompanying the prime minister. Chugh had later died in an accident with his family.

He also added that his father's personal assistant too met with an accident, was crippled and lost his memory.

Sunil Shatri, who is a Bharatiya Janata Party leader, told  that he had written to three prime ministers - Chandra Shekhar, I.K. Gujral and Manmohan Singh - requesting them to initiate an inquiry over his father's death but too no avail.

"Chandra Shekhar and Gujral has replied that they will look over the matter, but nothing has been done till now," he said.

Shastri's grandson Siddharth Nath Singh told  that it was a long-pending demand of the family, the history, when written, on Shashtri "should speak the truth".

If you want to more information click the above image.
Posted by PARYAYA at 11:44 PM