but not Indian Government..! 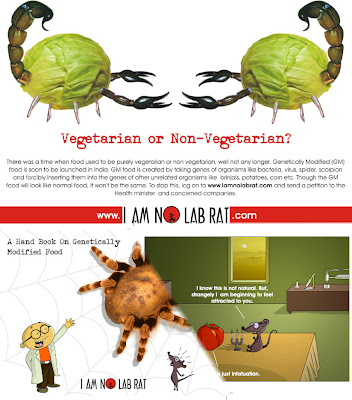 Prince Charles of Briton understands that, G.M. Crops are the root cause behind the farmer suicides in India. But Indian Government doesn’t understand this and stepping towards allowing commercial production of GM crops. However ‘I Am No Lab RAT’ (www.iamnolabrat.com) campaign is gaining ground in India to awaken Indian people about converting vegetables in to non vegetables through GM technology.
Nethrakere Udaya Shankara

This week I got two e-mails, one from Shree Padre which was a forwarded mail of Kavita Kurugutti of Centre for Sustainable Agriculture, Secunderabad and the other from Krishna Prasad of  Sahaja Samrudha -Organic farmers association of Karnataka. Both mails brought thought provoking information about Bt Brinjal, genetically modified crop which multinational companies like Mahico and Monsanto are trying to commercially introduce in India.
Along with this  news reports that appeared in section of press also attracted me. It is the opinion of Prince Charles of Briton on Genetically modified crops.

Prince Charles, who attended a function organized by 'Navadhanya' at London, noted that main reason for the suicides of Indian Farmers is Genetically Modified (GM) farming techniques. Appalled by the increasing rate of suicides by debt trapped Indian farmers, Charles has said that the tragedy is due to the use of Genetically Modified techniques.
The Function was organized at London by "Navadhanya’, Indian environmental group headed by Vandana Shiva, which is campaigning for protection of local verities of seeds.

Referring to the "failure of GM crop varieties in India" which has contributed to the plight of the farmers, the British Prince pushed for readopting the traditional farming methods.

"I believe fundamentally that unless we work with nature... we will fail to restore the equilibrium we need in order to survive on this planet," the Prince said.
Whether these words of Prince Charles came from his heart or ornamental in the function organized by Environmental Organization of India?

Report says it is not just outspoken statement. According to PTI report Prince became eyesore too many in Briton earlier also for his stand on such issues. 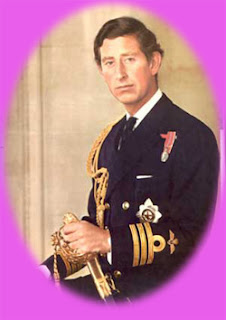 'It's been less than two months when the Prince, was criticized as being a "Luddite" talking "biased baloney" and abusing his position, after he, in an interview to a leading local daily here (London), has said that the GM crops risked causing the world's worst environmental disaster, the report pointed.
The great tragedy is that, Our Government is not able to understand what British Prince Understood and learnt something about pathetic cond
ition Indian Farmers.
Mail of Kavita Kurugutti, which was forwarded by Shree Padre brought heart breaking information about Genetically Modified foods especially in the form of Bt Brinjal i.e. vegetarian food turning non vegetarian by this G.M. Technology.
I want to give the full text of this e-mail for PARYAYA readers and request them just to remember what triggered the first War of Indepence by Indian army men which was termed by British rulers as 'Sepoy Mutiny' .
Just go through the text of mail:
'Even though GM foods, especially in the form of Bt Brinjal, are looming large over our plates (where bacterial genes have been inserted into the brinjal plant unnaturally, with the claim that specific insect-killing toxins will be produced within the plant and that farmers will not have to use much pesticides), many consumers in India are not even aware of GM (Genetically Modified) foods.
These GM foods are created by taking genes from unrelated organisms, pretty often cutting across the species/kingdom barriers [bacterial, viral and animal genes in plants etc.] and the very process of random forcible insertion of such genes causes molecular level changes/mutations with unpredictable and irreversible results. Some of the results apparent from scientific studies include health impacts like organ damage (kidney, liver, intestines, brain etc.), cellular level changes, adverse effects on growth and development of an organism and even inter-generational effects. 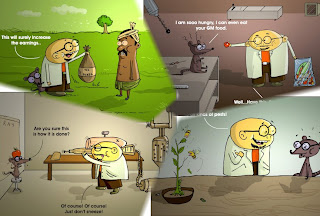 In India, the biotech industry is claiming that Bt Brinjal is now ready to be introduced in the markets on a commercial basis. No such genetically modified vegetable that is more or less directly consumed exists anywhere else. We are the Centre of Origin & Diversity for brinjal and with the introduction of Bt Brinjal, native diversity is threatened.
Further, brinjal is known to have medicinal properties and is used in the treatment of Type B Diabetes, for instance. It is also used in ayurveda. The impacts of Bt Brinjal are unknown and unpredictable. All decision making so far has happened based on the company's data and there is no independent research to show that this is safe for consumption and on other fronts.
Also remember, if Bt Brinjal is allowed into India, there will be no choices left for consumers. Even if you do not choose to eat Bt Brinjal, you cannot distinguish it from normal Brinjals in the market! Don't you think that food safety and choice is your basic right??
If you do not want to become a lab rat in this big unaccountable experiment driven by profit-hungry corporations on our food and farming, ACT NOW. Join thousands of other Indians in a massive consumer campaign called " I AM NO LAB RAT". Visit www.iamnolabrat.com and send a petition to the Union Health Minister reminding him that our health is his responsibility and there is no basis on which the Ministry can allow Bt Brinjal into the country.
Hoping that all of you will act on this now....Send the petition to the health minister and forward this letter to all your friends...
- kavitha
www.csa-india.org ; www.indiagminfo.org.
Same is the tone of Mr. Krishna Prasad and he requested to send petition to the health minister apart from sending this letter to at least 10 friends.
Just go through the text of mail from Prasad:

In all likelihood, the first Genetically Modified (GM) food – Bt Brinjal will be introduced in the Indian market in the near future.
If this message is not passed onto others and all of us do not raise a collective voice against GM food/crop, it is likely that we will end up as 'labrats' in this grand genetic experiment'.
Some days back, Institution of Agricultural Technologists in collaboration with Sahaja Samruddha has organized a lecture on 'The Science and Politics of Genetic Engineering where Dr. Michael K. Hansen, Senior Staff Scientist of Consumers Union, USA was the Guest speaker. In his speech Dr. Michael K. Hansen stoutly opposed the GM Food and GM technology and said that it was not succeeded in increasing the food production.
Dr. Mujaffar Assadi, in one of his articles said that we may loose verities like 'Matti Gulla' of Udupi and in course of time we may loose local verities of Potato, Beetroot, and Carrot etc also. He rightly says, the objective of Multinational companies is extending their markets and not helping farmers.
There is the need, that all of us must awake and oppose commercial introduction of the Bt Brnjal and see that it should not become the the foundation stone for new form of colonialism by multinational companies, Isn't it?

For that, visit  www.iamnolabrat.com  and send a petition to the Union Health Minister reminding him that our health is his responsibility and there is no basis on which the Ministry can allow Bt Brinjal into the country.
Posted by PARYAYA at 7:06 AM