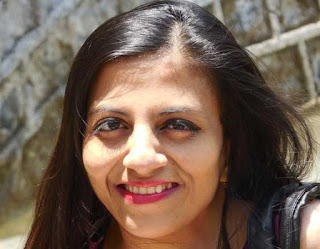 New Delhi: A physically-challenged woman of Delhi topped the civil services examination, as the first four ranks were scooped up by women in the results declared by the Union Public Service Commission (UPSC) on Saturday, 7th July 2015.

According to UPSC, A total of 1,236 candidates were recommended for appointment to the Indian Administrative Service, Indian Foreign Service, Indian Police Service and Central Services Group 'A' and Group 'B'.

Specially-abled Singhal is from Delhi, and is at present working as an Assistant Commissioner with the Indian Revenue Service (Customs and Central Excise). She did her schooling from the Army Public School in Dhaula Kuan, as per her Facebook page.

A graduate in computer engineering, Singhal did her MBA in finance and marketing from the Faculty of Management Studies under Delhi University between 2006 and 2008, before joining Cadbury.

It was for the first time that the final results were declared within four days of the closing date of the interviews.

Conducted by the UPSC annually in three stages -- preliminary, mains and interview -- the examination took place on August 24, 2014 at 2,137 venues at 59 centres across the country.

Of the 9.45 lakh candidates who applied, about 4.51 lakh were cleared to sit for the examination.

A total of 16,933 candidates qualified for the main examination which was held in December, 2014. A total of 1,364 posts have to be filled through the examination.
Posted by PARYAYA at 11:27 PM