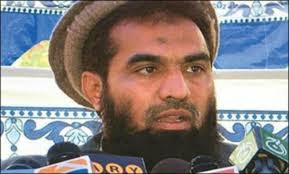 Lakhvi and six others had filed bail applications on Wednesday 15th December  2014 even as lawyers were observing strike to condemn the terrorist attack on an army-run school in Peshawar that left 148 people, mostly children, dead.

According to Dawn report, the FIA (Federal Investigation Agency) prosecutor disagreed with the bail request, however advocate Rizwan Abbasi, the lawyer representing Lakhvi stood before the court as the bail was approved.

Lakhvi, who was the operational head of the banned Laskhar-e-Taiba, was one of the key planners of the Mumbai attack that killed 166 people.

His release from jail comes a day after Pakistan Prime Minister Nawaz Sharif pledged to announce a “national plan” to tackle terrorism within a week, saying “this entire region” should be cleaned of terrorism. 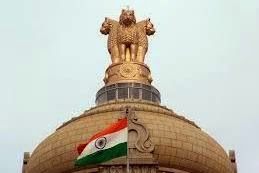 New Delhi: Meanwhile an outraged India told Pakistan that release of LeT commander Zakiur Rehman Lakhvi, one of the key conspirators of the Mumbai terror attacks, on bail was unacceptable to it and demanded immediate steps for reversal of the decision.

In a sharp reaction to the bail granted to 54-year-old UN- designated terrorist by a Rawalpindi court, New Delhi told Islamabad that there could be no selective approach to terrorism, emphasising that it should realise that no compromise can ever be made with terrorists.

"We cannot accept that LeT's chief operation commander Zakiur Lakhvi, one of the key conspirators of the Mumbai terror attacks in which so many innocent people were slaughtered, a person designated as an international terrorist by the UNSC, is being released on bail," External Affairs Ministry Spokesperson Syed Akbaruddin said.

Noting that the release comes just two days after the dastardly terrorist attack on a school in Peshawar, where over a hundred children were purposefully and systematically butchered in the name of revenge, he said the grant of bail to Lakhvi will serve as a reassurance to terrorists who perpetrate heinous crimes.

"We call upon the government of Pakistan to immediately take steps to reverse this decision. There can be no selective approaches to terrorism. Given the scale of the tragedy that Pakistan itself has faced in recent days, it is incumbent on it to realise that no compromise can ever be made with terrorists," the official spokesperson said.

Sources have already indicated that government was working with its mission in Pakistan to prepare a strong response to the Anti-Terrorism Court's verdict.
Posted by PARYAYA at 9:48 PM