Special Cell in Pentagon for India

Special Cell in Pentagon for India 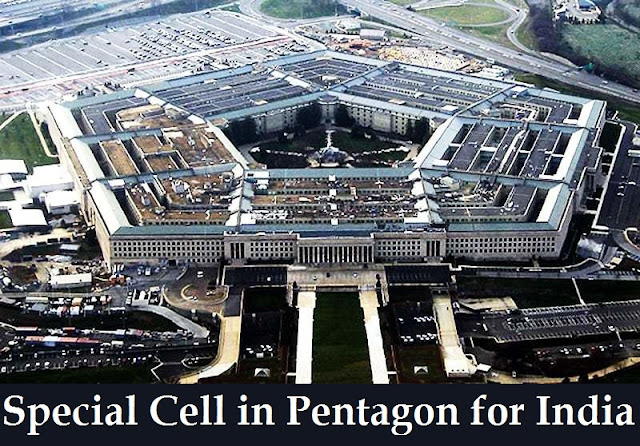 The first unit of its kind will deal with
co-production of military equipment
WASHINGTON: The United States has set up a first-ever country-specific cell at the Pentagon to accelerate its defence ties with India, a senior US official said on Wednesday, 16th September 2015.

The India Rapid Reaction Cell will also streamline projects for co-development and co-production of hi-tech military equipment in India.

Keith Webster, Director, Inte­rnational Cooperation Office of the Under Secretary of Defence for Acquisition, Technology and Logistics, heads this cell.

India is the only country to have a specific cell of its kind inside the Pentagon.

In an interview to an Indian news agency PTI, Mr Webster said that India and the US had also started negotiations to jointly develop a next-generation aircraft carrier. This carrier would bolster the Indian Navy’s blue-water capabilities, he said.

The two countries established a working group for building the aircraft carrier when US President Barack Obama visited India in January.

“The purpose of India Rapid Reaction Cell is to … move quickly and timely … on all the initiatives that we have ongoing under the US-India-US Defence Trade and Technology Initiative,” Mr Webster said.

Currently, seven officials are working on this cell, representing various wings of the US Department of Defence.

The Indian media reported that Defence and Strategic relationship would be a key topic of discussion when President Obama meets Indian Prime Minister Narendra Modi on the margins of the UN General Assembly in New York later this month.

“We are embarking on some new initiatives,” Mr Webster said.

He said the cell, established in February, enabled the two countries to complete a series of technical talks within three months, although usually such talks go on for years.

The Pentagon cell is looking into 25 other proposals that have come from American defence industry for co-development and co-production.
Posted by PARYAYA at 11:44 AM