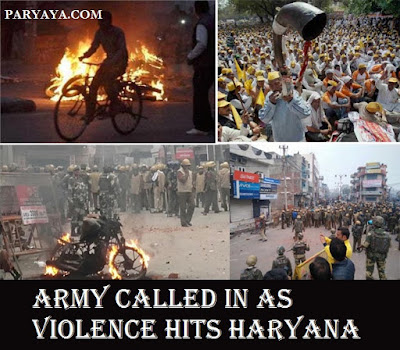 Rohtak (Haryana): Army was called in Friday, 19th February 2016 in nine districts of Haryana and curfew was imposed in two districts along with shoot-at-sight orders after  one person died and 25 were injured during the Jat stir for quota which turned violent with mobs resorting to widespread arson.
The Centre also rushed 1,000 personnel of paramilitary forces as rampaging mobs held some policemen captive besides setting ablaze the house of state's Finance Minister Abhimanyu and several government and private properties in Rohtak, Jhajjar, Hansi and several other parts of the state. 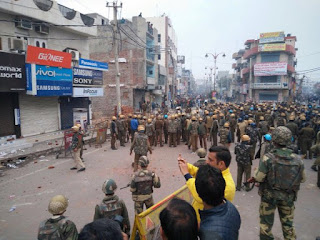 The agitationists, who are seeking reservation under Economically Backward Classes, also targeted police and private vehicles, buildings housing offices, including two Toll Plazas at Hansi in Hissar district and near Rohtak, both located on the Delhi-Hisar-Fazilka National Highway.

One protestor was killed in Rohtak when the BSF personnel opened fire in "self-defence" after someone from the rampaging mob fired at and injured a BSF jawan, Haryana DGP Yashpal Singhal told a press conference in Chandigarh.

Since the situation was going out of control, army has been called in for deployment in eight worst-affected districts -- Rohtak, Jhajjar, Jind, Bhiwani, Hissar, Kaithal, Panipat and Sonipat, the state police chief said.

Army is also being rushed to Karnal, army sources said in Delhi, while informing that nine columns are being sent altogether. Tonight, curfew was imposed in city limit areas of Rohtak and Bhiwani city limit areas, an official spokesman told PTI news agency.

The agitation, which has been going on for last few days, escalated and turned violent soon after an all-party meeting held by Chief Minister Manohar Lal Khattar issued an appeal for calling it off. The protesters rejected the appeal even as Khattar gave an assurance that a solution will be worked out to extend reservation to the community. 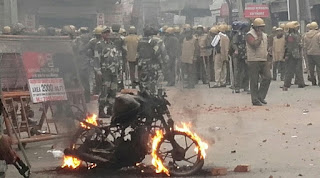 Army units were being rushed to Rohtak from nearby Cantonment at Hissar, about 50 kms away, the official spokesman said, adding these will be deployed immediately in Rohtak and Bhiwani areas.

He said army units are also being rushed from Jaipur for deployment in other worst-affected areas of the state.

The army will assist the civil administration in restoring peace and law and order which worsened today shortly after an all party meeting here where an appeal was made for maintaining peace.

Two senior civil and police officers - Principal Secretary (Home) A K Singh and ADGP of Haryana Police B S Sandhu - have been rushed to Rohtak to coordinate with the army and the civil administration to restore normalcy. 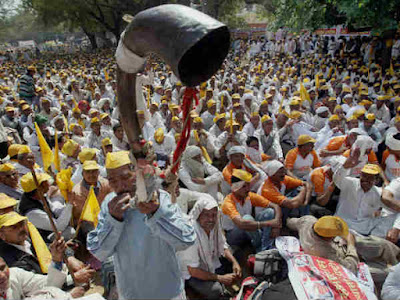